Geology and Geophysics (G&G) is the scientific study of the Earth as a planet; studies include many broad topics such as (1) climate change, meteorology, and oceanography; (2) environmental science, geochemistry, and natural resources including global energy supply; (3) paleontology, evolutionary theory, and the history of life on Earth; and (4) plate tectonics, earthquakes and volcanoes, and planetary science.  The G&G department has close links with other departments at Yale, including Anthropology, Astronomy, Ecology and Evolutionary Biology, Physics; as well as the School of Forestry and Environmental Studies, the Yale Peabody Museum, the Yale Institute for Biospheric Studies, and the Yale Energy Studies program.

G&G majors employ core concepts in physics, chemistry, and biology, to study the Earth system in its natural state as well as to understand the connections between humans and their environment.   Recent alumni have gone into careers within academia, government, industry, consulting, or even such diverse fields as law, finance, and medicine. 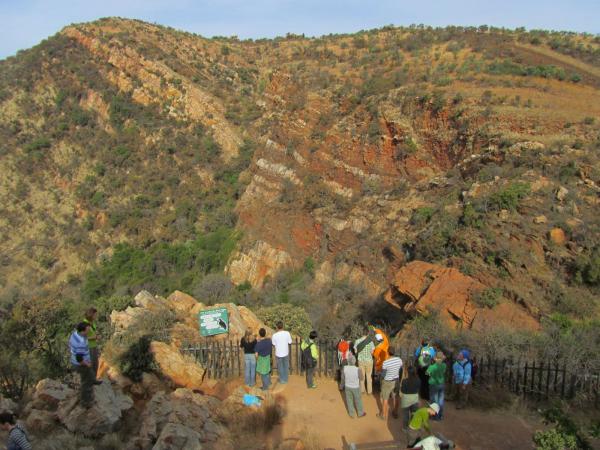 “The Earth is Calling; Will you Answer?” – A video montage illustrating a wide range of Earth science career options.

The G&G department consists of a closely knit community where faculty, students, and scholars work together in a convivial manner.  The relatively small size of our department permits individual attention to be given to each student.   Camaraderie within our community is enhanced by field trips associated with many of our classes, which in recent years have explored Australia, Barbados, Italy, Martinique/Dominica, New Zealand, Norway, South Africa/Namibia, United Kingdom, and various regions within the United States and Canada (see selected photos using the links at right).

The G&G undergraduate program consists of five alternative tracks, defined by discipline.  The Bachelor of Arts (B.A.) track in Geology and Natural Resources is designed for students aiming for a general overview of the Earth sciences.  The B.A. track is more lenient on prerequisites (mathematics in particular) and total number of courses, and is particularly appropriate for students pursuing a double major or seeking a career in law, business, government, or environmental fields.  The Bachelor of Science (B.S.) program is designed to prepare students for professional careers in the Earth sciences.  It has prerequisites in math, chemistry, and physics or biology, and requires about 10 courses beyond those prerequisites, plus a senior project.  Details vary among the four tracks, which are named: (1) atmosphere, ocean, and climate, (2) environmental and energy geoscience, (3) paleontology and geobiology, and (4) solid Earth sciences.

Students considering a major in G&G should first explore the various alternative tracks among the B.A. and B.S. degrees, interested students should review the G&G program description on the Yale College Programs of Study site, and then arrange a meeting with the Director of Undergraduate Studies.  Although some students arrive at Yale already considering the G&G major, many of our students become aware of the program in the sophomore year.  Although each track has its course prerequisites (from math, chemistry, biology, or physics), those do not all need to be taken in advance of introductory or even some mid-level G&G courses. 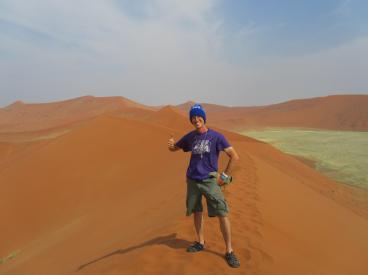 Many Yale College students arrive on campus having had two previous interactions with the geosciences: in their youth they were fascinated by dinosaurs, and in high school they were dissuaded from Earth Science because of its reputation (especially among guidance counselors) as the “science for dummies”.  These two experiences lead to a commonplace image of a geologist as an old, bearded man wandering through the desert with his pickaxe, digging up fossils or minerals, somewhat out of touch with mainstream society.  Geoscience today is actually much different; in fact, one could make a compelling case that geology is the most relevant science to our times, because we are the scientists addressing global societal issues such as resource and energy consumption, environmental stewardship, climate change, and natural disasters such as earthquakes, tsunamis, and volcanic eruptions.  We are a global community of men and women, as ethnically diverse as humanity itself, using some of the most sophisticated technological tools and instruments currently available, and as advanced mathematics as needed to address complex natural problems.  We travel around the globe, visiting sites of scientific value that tend to be far off the beaten tourist tracks, thus we see the “real” world and personally experience some of the joys and hardships faced by people of many different backgrounds.  We love our work.  So give the Earth Sciences a try; you’ll see the world around you with new eyes!

More information on majoring in G&G: