Applying Math to Shrinking Arctic Ice and the Search for Planets 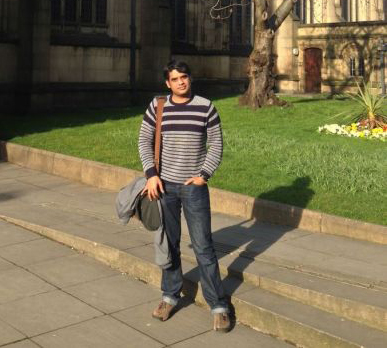 Sahil Agarwal (Applied Mathematics) studies changes in the Arctic sea ice, even though he’s not an environmental scientist. He also searches for exoplanets (those that orbit stars outside our solar system), but he’s not an astronomer, either. He’s a mathematician, and he uses mathematics to research patterns in both the ocean and outer space.

“There is a deep set of general mathematical principles that underlie complex geophysical processes and astrophysical phenomena. These principles are not always the basis from which traditional approaches are launched, but in applied mathematics, we actually begin with these principles,” Agarwal explains.

He recently won two highly competitive awards: a summer fellowship at Woods Hole and a prize that has taken him to the University of Cambridge in England.