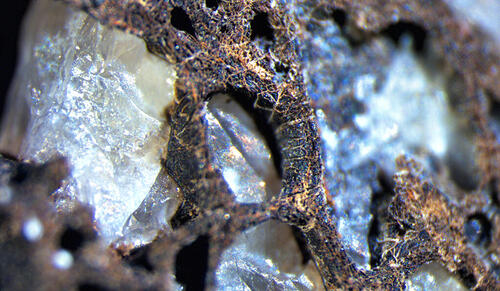 Step aside, skeletons — a new world of biochemical “signatures” found in all kinds of ancient fossils is revealing itself to paleontologists, providing a new avenue for insights into major evolutionary questions.

In a new study published in the journal Science Advances, Yale researchers outline a novel approach to finding biological signals long thought to be lost in the process of fossilization. The new approach has already yielded valuable information about the soft shells that encased the first dinosaur eggs and shown that an ancient creature known as the Tully Monster was a very unusual vertebrate.

“What we’re discovering is that molecular, carbonaceous residues almost always preserve a microscopic clue within fossils,” said Jasmina Wiemann, a graduate student in the Department of Earth & Planetary Sciences at Yale and first author of the study. “Fossil organic matter is a wild mix of things, based on the chemical degradation products of original biomolecules.”

Working with Yale paleontologist Derek Briggs and Yale chemist Jason Crawford — both co-authors of the study — Wiemann analyzed the molecular composition of 113 animal fossils dating back 541 million years. It is the largest fossil data set to be analyzed by chemical means.

What they found was an abundance of soft tissues that fossilize into polymers. Recognizing these polymers and the soft tissues they represent may help researchers determine how various animals relate to each other in evolutionary history. 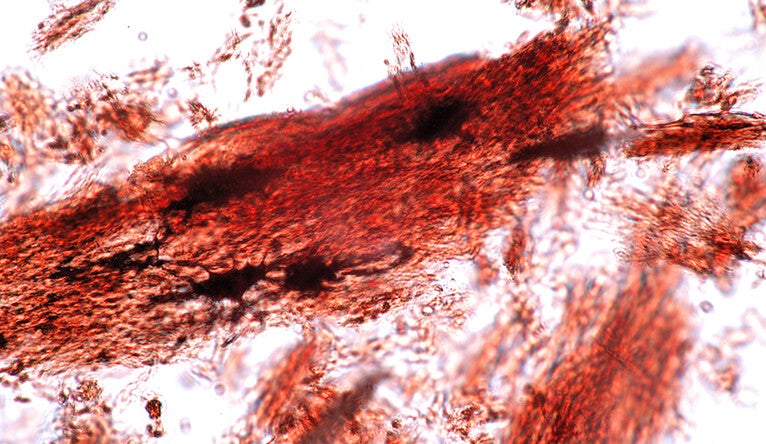 “We show that proteins, lipids, and sugars in all types of animal tissues converge in composition during fossilization through processes such as lipoxidation and glycoxidation to form polymers,” said Briggs, the G. Evelyn Hutchinson Professor of Geology & Geophysics in the Yale Faculty of Arts and Sciences.

Wiemann used Raman spectral analysis — a non-destructive chemical analysis technique — to determine whether there are identifiable biochemical signatures that survive within these polymers.

Thus far, she and her colleagues have found three main categories of signatures: biomineralization signals (which helped determine the soft nature of early dinosaur egg shells); tissue signals that differentiate between, for example, insect cuticle and vertebrate cartilage (used to identify the Tully Monster as a vertebrate); and phylogenetic signals that are based on fossilization products of amino acids, revealing how animals are related.

The researchers said understanding biological signatures in fossils has the potential to fundamentally advance scientific knowledge about the evolution of life on Earth.

“With this approach, we can go in a number of different research directions, representing big questions for animal evolution with answers that we thought were beyond the reach of fossils,” Wiemann said.

Grants from the Yale Institute for Biospheric Studies and the Geological Society of America funded the research.