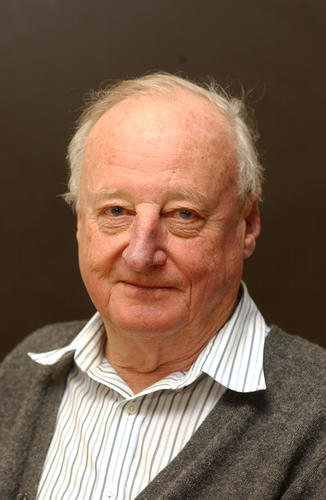 Sadly Brian Skinner, Professor Emeritus in the Department of Geology & Geophysics, passed away on August 21st.  He was 90 years old.  Brian was a pioneer in mineralogy and economic geology and a legendary educator who inspired numerous students to pursue geology with careers in academia, government and industry.  He was a Professor at Yale since 1966, served as Department Chair soon after arriving, from 1967-1973, and became the Eugene Higgins Professor of Geology & Geophysics in 1972.

Brian John Skinner was born in Wallaroo, South Australia on December 15, 1928.  He earned a Bachelor’s degree geology and chemistry, with a minor in physics, from the University of Adelaide in 1950, and then went to Harvard where he earned a PhD in Geology in 1955; during that time he met and married Catherine Wild, who we all know as our own Cathy Skinner.  Brian was then a Lecturer in Crystallography back at the University of Adelaide from 1955-1958 (during which time Cathy completed her PhD)  before returning to the US as a Research Geologist at the USGS, where he became the Chief of the Branch of Experimental Geochemistry and Mineralogy from 1962-1966.  In 1966, Yale recruited him away from the USGS with an eye to his heading the Department of Geology & Geophysics.

Brian’s scientific career was both eclectic and prolific.  He was one of the worlds leading experts  on the crystallography and geochemistry of metallic ores.  While his work was invaluable in the mining industry, he also wrote extensively about resource management and sustainability.  He was an expert on sulfide mobility from ores to brines to lava lakes in Hawaii, did extensive work on the mineralogy of sea floor rocks, and performed some of the first analysis of lunar rocks returned from the Apollo 11 mission.  Brian was the author of numerous papers and notably the author or editor of some 20 books. His textbooks included ones on economic geology and resources, and several famous and popular introductory texts such as “Blue Planet”, “The Dynamic Earth”, and “An Introduction to Physical Geology”, which were read by thousands of students over the years. Brian was an
immensely popular instructor, especially for his class  G&G 110 Introduction to Geology (and various incarnations thereafter), for which he was filmed as part of the “Great Teachers Series”.  He served the scientific community as President of the Geochemical Society (1973), the Geological Society of America (1985) and the Society of Economic Geologists (1996), and as Editor of the journal Economic Geology.  His honors included Fellowship in the GSA, the Mineralogical Society of America, the Connecticut Academy of Science and Engineering, the Silver Medal of the Society of Economic Geologists, the Geological Association of Canada Medal, the Neil Miner Award from the National Associationof Geology Teachers, and two honorary doctorates, from the Colorado School of Mines and the University of Toronto.

Our collective hearts go out to Cathy, and her and Brian’s daughters Adrienne, Stephanie and Thalassa.  We will pass on information about services as soon as it becomes available.  Yale and the geological community lost a scientific leader and a beloved educator. But we are proud and lucky to have been able to call Brian Skinner our colleague and friend.