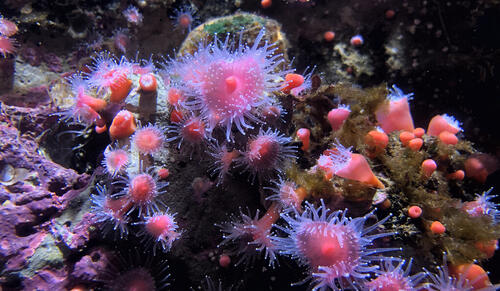 They can, in fact, describe vast networks of interconnected relationships within ecosystems, based on the food preferences of plants and animals. Understanding a “food web” can tell scientists what sorts of species reside in an ecosystem and how those species react to changes in their environment. Scientists can also use ancient food webs to predict how modern ecosystems will respond to a changing climate.

But our knowledge of ancient food webs is biased, according to a new study led by Yale’s Jack Shaw, a Ph.D. candidate in the Department of Earth & Planetary Sciences.

Shaw and his colleagues found that soft-bodied animal species like worms and jellyfish — whose physical remains were not preserved and are not part of the fossil record — often have not been accounted for in models of ancient food webs. This means many of the models being used by scientists are flawed, Shaw said.

“The missing components of the fossil record — such as soft-bodied organisms — represent huge gaps in understanding ancient ecology, but we haven’t thought extensively about how those gaps are affecting our inferences,” Shaw said. “We’re taking the fossil record at face value without critically thinking about how face value might not be robust or accurate.”

“The advantage of network theory is that it gives you micro- and macro-scale insights at the same time, and it helps us to describe complex structures in simple, numerical terms,” Shaw said. “For instance, it helps us understand how many ‘steps’ there are between the bottom of the food chain — such as plants — and the top predators. At the micro-scale we can look at things like which animal has the most prey, which can indicate resistance to extinction. At the macro-scale we can look at how efficiently energy flows through the entire community.”

The study appears in the journal Paleobiology.

The research was supported, in part, by the Yale Peabody Museum Invertebrate Paleontology Division and the Yale Franke Fellowship in Science and the Humanities.