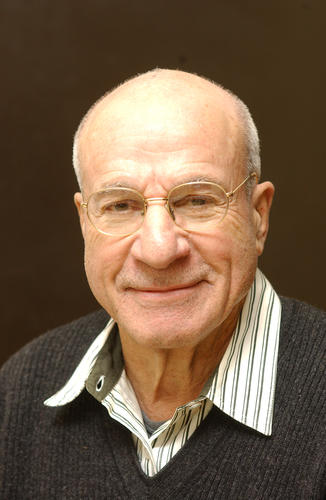 It is with sadness I write to report the passing of George Veronis, Professor Emeritus in the Department of Geology & Geophysics on June 30, he was 93. George was one of the giants in the field of physical oceanography and geophysical fluid dynamics.  He was a Professor at Yale since 1966, Department Chair from 1976-1979, head of the Applied Mathematics Program from 1979-1993,  and named the Henry Barnard Davis Professor of Geophysics and Applied Science in 1985.

George Veronis was born on June 3, 1926 in New Brunswick, New Jersey.  After his service in the US Navy submarine program in the Pacific during World War II, he attended Lafayette College to study mathematics, and  then went to Brown University to get a PhD in Applied Mathematics in 1954.  After his PhD, he held research positions at the Institute for Advanced Study at Princeton, the Woods Hole Oceanographic Institution, and at MIT, before joining the Yale faculty in 1966.

George’s research contributions included fundamental and seminal studies impacting both physical oceanography and fluid dynamics, especially in the first theoretical models of ocean circulation and western boundary currents (e.g., the Gulf Steam), finite amplitude theories for thermal convection, and a large body of work in double-diffusive convection. He was the editor of the Journal of Marine Research for 37 years, and a co-founder (in 1959) and director of the Geophysical Fluid Dynamics Summer Program at the WHOI, for which he shared the AGU Award for excellence in Geophysical Education in 2008.  George’s many honors included being elected a member of the American Academy of Arts & Sciences in 1963, a Fellow of the American Geophysical Union in 1975,  a member of the Norwegian Academy of Science & Letters in 1981, and a member of the US National Academy of Sciences in 1994.

Our hearts go out to George’s wife Kim and their children Ben and Melissa.  We’ll pass on information about services when available, but in the meantime his family will not be able to take phone calls or visits for a while.  Although our Department and Yale and the scientific community are that much less with his passing, one could not ask for a fuller life than the one enjoyed by George Veronis.

Obituary published in the New Haven Register on July 3, 2019