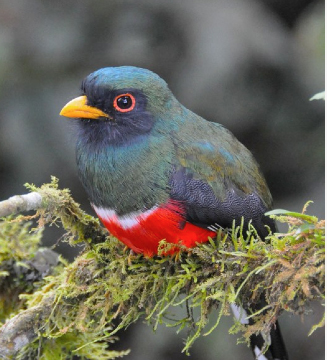 In March 2013 Daniel Field, G&G PhD Student, visited Ecuador, one of the most biodiverse nations in the world. With ornithology PhD students Jake Musser and Sam Snow, they planned an itinerary that they felt would allow them to experience the most avian diversity over fifteen days. They ultimately encountered well over 500 bird species (including nearly 60 species of hummingbird), of which nearly 400 were new to them. They also came across lots of other great wildlife, including six species of monkeys. This trip took them to a great variety of habitats, including Paramo at Papallacta Pass (4,300 meters above sea-level), the Amazonian lowlands, Andean cloud forests on both the east and west slopes, humid foothills on both sides of the Andes, and (briefly) the arid Tumbesian region of southern Ecuador.