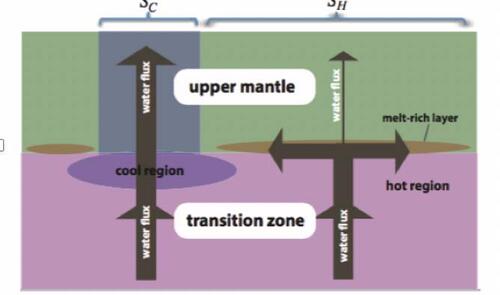 Habitability” is a big issue in Earth and Planetary Science. Usually habitability conditions are defined as the conditions in which liquid water exists on the planetary surface for billions of years. In a paper recently published in Progress in Earth and Planetary Science (https://doi.org/10.1186/s40645-020-00379-3), a group of scientists including two faculty members at Yale EPS (Shun Karato and Jeffrey Park) point out that this is a necessary condition for habitability but not a sufficient one. Extending a model proposed by Bercovici and Karato (2003), they show that global water circulation has an important control over the stability of the ocean mass, and suggest that there is a self-regulating mechanism working across the mantle transition zone (~400-700 km depth) by which the ocean mass is stabilized. This model predicts that there are wet plumes of deep origin that carry a large amount of water to the surface particularly in the continents surrounded by old oceans.