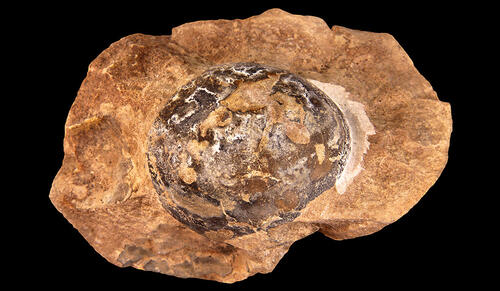 The first dinosaur eggs had a soft shell, say paleontologists from Yale and the American Museum of Natural History (AMNH).

The finding upends decades of conventional wisdom by the scientific community. For many years there was scant fossil evidence of dinosaur eggs, and all known examples were characterized by thick, calcified shells — leading paleontologists to speculate that all dinosaur eggs were hard-shelled, like those of modern crocodiles and birds.

In a new study published in the journal Nature, researchers used a novel geochemical approach to show that the earliest dinosaur eggs had soft, leathery shells. Yale paleontologists Jasmina Wiemann and Matteo Fabbri are co-corresponding authors of the study, along with first author Mark Norell of AMNH.

The researchers analyzed new, embryo-bearing egg fossils ascribed to the dinosaurs Protoceratops and Mussaurus. The Protoceratops eggs are the first ever discovered for a horned dinosaur, while the Mussaurus eggs represent some of the earliest for a long-necked dinosaur. The researchers focused on the mineral and chemical compositions of the fossils, including a dark-colored halo surrounding the fossilized embryos.

“We looked for any residue of a protein eggshell membrane,” Wiemann said. “We essentially ‘fingerprinted’ a large number of modern and fossil samples to build a dataset of the overall molecular picture of the eggshell through time.”

The early dinosaur eggs, they found, had a chemical residue that was non-mineralized — meaning they were more like today’s leathery turtle eggs, protecting their embryos with a soft outer covering. 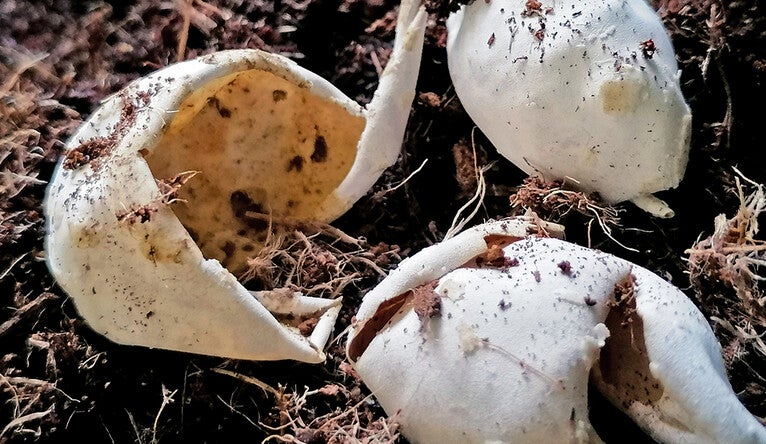 Protoceratops and Mussaurus eggs would have looked similar to these snapping turtle eggshells, shown after hatching. The eggshell consists primarily of the leathery, proteinaceous shell membrane and lacks a thick, calcified external layer. (Photo by Jasmina Wiemann)

Wiemann said this new information, along with previous research by a number of paleontologists about dinosaur nesting strategies, paints a clearer picture of early dinosaur nesting and parenting.

“These dinosaurs buried their eggs in clutches, like modern animals that lay soft eggs, such as many lizards, snakes, and turtles,” Wiemann said. “This kept the eggs moist and protected. It works very well.”

Wiemann and Fabbri said the new discovery shows that the three main branches of dinosaurs — Ornithischia, Sauropodomorpha, and Theropoda — each started with soft eggshells. Hard, calcified eggshells evolved independently for each branch.

“By taking a step back and looking at the molecular data, we found that in this case (their eggshells) early dinosaurs were more reptilian than bird-like in their reproductive behavior,” Fabbri said.