Life in the ‘hothouse’ may be precarious for marine species 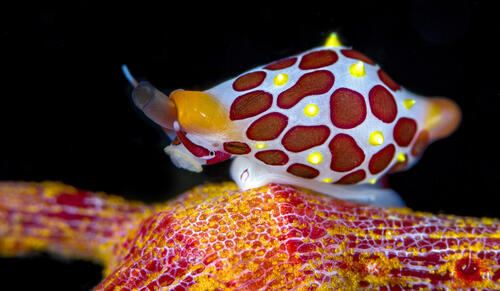 The rise and fall of marine mollusks during ancient “hothouse” periods may offer a jarring glimpse of the fate of marine life over the next few centuries, a new study says.

Writing in the journal Current Biology, researchers at Yale, Stanford, and the University of Nebraska-Lincoln say mollusks such as clams, sea snails, and cephalopods will be particularly vulnerable in tropical regions if global climate projections hold true.

The researchers analyzed 145 million years’ worth of data, in increments of approximately 10 million years. They looked at geochemical data that reveal past ocean temperatures, fossil data of mollusks, and models for habitability and biodiversity.

Their analysis suggests that by the year 2300, upper ocean temperatures (up to about 200 meters deep) in tropical latitudes will mirror those of “hothouse” eras millions of years ago, when upper ocean temperatures rose well past 68 degrees Fahrenheit and sometimes past 85 degrees. These periods saw significant biodiversity loss at low latitudes, the researchers said.

“That’s when you start to see a dramatic decrease in species diversity,” said lead author Thomas Boag, a postdoctoral fellow in Earth and planetary sciences at Yale who conducted the research as a graduate student at Stanford. “We’re already seeing a loss of diversity of species at the equator.”

Currently, sea surface temperatures near the equator top out at 82 or 83 degrees Fahrenheit.

But the cause of species loss isn’t just a matter of temperature, Boag said. Rather, it is an intricate balance of ocean temperature, oxygenation of the water, and the physiological composition of species themselves that determines whether life thrives or begins to wither.

Boag and his co-authors — Stanford Ph.D. student Richard Stockey and University of Nebraska-Lincoln postdoc William Gearty — said their analysis explains the uneven nature of species diversity for marine life over millions of years.

“All of this information, when you put it together, fits perfectly with what we know from the fossil record,” Boag said.

Looking to the future, the new analysis places rising ocean temperatures and their interactions with dissolved oxygen in the ocean as the primary driver for stifling biodiversity. The researchers said their projections for 2100 and 2300 show the planet’s low latitudes — near the equator — are at particular risk.

“Based on our model and past temperature extremes, 50% loss of modern, low-latitude diversity does seem possible in a worst-case climate scenario,” Boag said.

Boag is also a Gaylord Donnelley postdoctoral associate at the Yale Institute for Biospheric Studies.