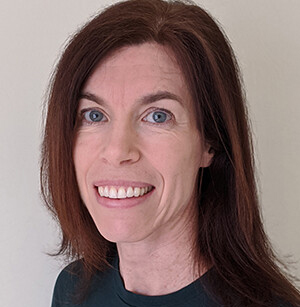 Mary-Louise Timmermans, newly named as the Damon Wells Professor of Earth and Planetary Sciences in the Faculty of Arts and Sciences, studies the dynamics and variability of the Arctic Ocean, sea ice and climate.

Timmermans has done extensive work on Arctic Ocean processes that affect the transport and storage of ocean heat. She was the lead author of a 2018 study funded by the National Science Foundation, which found that Arctic sea ice isn’t just threatened by the melting of ice around its edges — that warmer water originating hundreds of miles away has penetrated deep into the interior of the Arctic and could trigger widespread melting.

In 2019 the Yale professor received the President’s Early Career Award for Scientists and Engineers, the highest honor bestowed by the U.S. government to researchers who are beginning their independent research careers and who show exceptional promise for leadership in science and technology. In 2020 she received the American Geophysical Union Sverdrup Award which recognizes outstanding contributions to, as well as unselfish promotion of cooperation in, atmospheric and oceanographic research.

Timmermans holds a B.S. from the University of Victoria in British Columbia, Canada; and an M.S. and Ph.D. from Cambridge University in the U.K. She was a scientist at the Woods Hole Oceanographic Institution in Massachusetts from 2005-2009, and presently holds an adjunct scientist position there.

She joined the Yale faculty in 2009, and received the Arthur Greer Memorial Prize for Outstanding Scholarly Publication or Research at Yale in 2013. In 2015, she received Yale College’s Dylan Hixon ’88 Prize for Teaching Excellence in the Natural Sciences and Mathematics.

Timmermans was a U.S. delegate of the Marine Working Group of the International Arctic Science Committee, and was a member of the National Research Council Ocean Studies Board Committee on Responding to Oil Spills in Arctic Marine Environments.