Maureen Long appears on Every Rock Has A Story 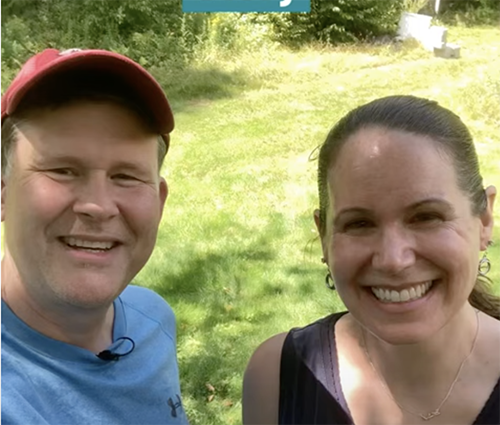 September 9, 2022
Maureen Long has just appeared as a guest co-host for the first episode of Season 3 of the Every Rock Has A Story YouTube series. The series, which is hosted by EPS alum Ethan Baxter ’95, Professor of Earth and Environmental Sciences at Boston College, introduces short videos on geoscience topics to kids in grades K-6. Maureen’s episode, titled “Continent Quest,” brings viewers to a seismic station and a rock outcrop in western Massachusetts to investigate the edge of the North American continent.
Every Rock Has A Story YouTube channel: https://www.youtube.com/c/EthanBaxtersEveryRockHasAStory
“Continent Quest” episode: https://www.youtube.com/watch?v=uT_ruHUoXSI
WTNH (Channel 8) story on the episode: https://www.wtnh.com/on-air/connecticut-families/yale-grad-grows-kids-show-that-encourages-diversity-in-science/