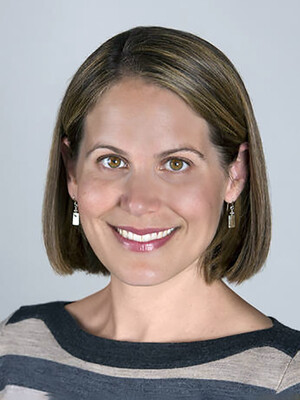 Maureen Long, an expert on the structure and dynamics of the deep Earth, has been appointed the Bruce D. Alexander ’65 Professor of Earth and Planetary Sciences, effective immediately.

She is a member of the Faculty of Arts and Sciences in the Department of Earth and Planetary Sciences.

Long is an observational seismologist whose research illuminates processes deep beneath the Earth’s surface. An expert in the structure and dynamics of the Earth’s middle layer, or mantle, Long uses seismic wave activity from distant earthquakes to understand the deep Earth. Her work answers major unsolved questions about the Earth’s deep mantle, the structure and evolution of continental lithosphere, and subduction zones — the prime sites for earthquakes, volcanoes, and tsunami hazards. Her work takes her into the field around the world: to the Pacific Northwest, Peru, the central Appalachian Mountains, offshore eastern North America, and New England. Long has pioneered the detailed observation of seismic wave activity in order to show how the Earth’s mantle flows deep beneath the surface.

Long’s work has led to numerous honors: most recently, she was a finalist for the 2020 Blavatnik Award for Young Scientists. She has been recognized by her peers in the American Geophysical Union with the James B. Macelwane Medal, awarded to early career scientists in recognition of their significant contributions to Earth and space sciences. She has held fellowships from the Alfred P. Sloan foundation, the National Academy of Sciences, and other institutions, and has received multiple grants from the National Science Foundation, including a CAREER award. As the author or co-author of more than 90 published peer-reviewed articles; editor of Geochemistry, Geophysics, Geosystems and former associate editor of the Journal of Geophysical Research-Solid Earth; convenor of numerous panels and sessions; and chair of the upcoming Gordon Research Conference on the Interior of the Earth, Long has made a substantial contribution to her field.

Long is also heavily involved in public education and scientific outreach. She is a regular speaker at museums and public science events and a sought-after expert, regularly consulted by NBC, CBS, NPR and other media outlets on topics related to earthquakes, tsunamis, and other seismic events. She is the founder of the Field Experiences for Science Teachers program, which provides high school teachers with opportunities to participate in scientific fieldwork. She participates in numerous programs that support diversity, equity, and inclusion in STEM, both in her department and beyond: she has mentored students through the Women in STEM Initiative, the Científico Latino Graduate School Mentorship Initiative, Undergraduate Women in Science at Yale, and other organizations.

In addition, she is an innovative teacher. Her undergraduate seminar on forensic geoscience reveals how geophysical and geochemical methods can be used in criminal and archeological investigations, while her popular course on natural disasters challenges students to consider physical mechanisms for, and consequences of, phenomena such as earthquakes, volcanoes, and climate change. A dedicated mentor, Long regularly serves as an undergraduate advisor to students in Davenport College, and has had numerous undergraduate research advisees, the majority of whom have co-authored peer-reviewed papers. Long has served as director of graduate studies in Earth & Planetary Sciences since 2018, and was awarded the 2019 Graduate Mentor Award by the Graduate School of Arts and Sciences for her excellence in graduate student mentorship. In July, she began a three-year term as chair of the Department of Earth & Planetary Sciences.