Not as hot as we thought 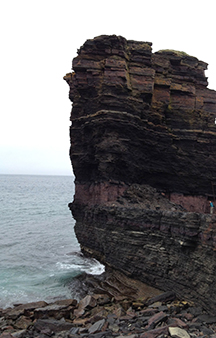 Earth’s early oceans appear not to have been as hot as some have suggested. The oxygen isotope composition of marine carbonates has changed markedly over the past 3.5 billion years. However, it has been difficult to determine whether that is because of a cooling of the seawater (from temperatures as high as 70°C) or an actual change in the isotope composition of the water. Galili et al. calibrated the temperature-dependent oxygen isotope fractionation between iron oxides and aqueous solutions and constructed an oxygen isotope record in marine iron oxides covering the past 2 billion years. Their findings suggest that a change in the isotope composition of the water, rather than its cooling, underlies the observed geological trend.