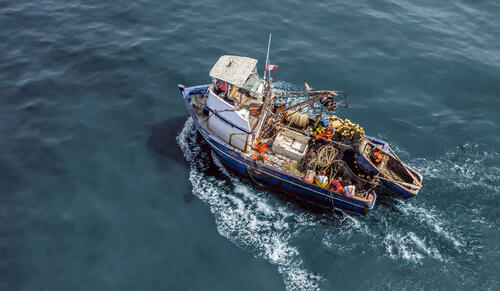 Score one for a key climate change prediction.

A multi-institutional research team led by Yale and the University of St. Andrews has confirmed a major finding of climate models regarding changes that may occur to Pacific Ocean currents — including those that drive El Niño events — with just a few degrees of global warming.

El Niño affects weather, food security, economic productivity, and public safety for much of the planet. But there is ongoing debate as to how well climate models can replicate and predict past and future climate conditions in the tropics.

The new findings, published in the journal Nature, reflect the increased potential of climate models for predicting complex environmental dynamics. The findings also establish ocean acidity as an essential variable in climate modeling.

“Accurately capturing ocean dynamics in the equatorial Pacific in global climate models is crucial for predicting regional climate in the warmer decades to come,” said lead author Madison Shankle, a former Yale researcher who is now at the University of St. Andrews in Scotland.

Over the past decade, Alexey Fedorov, a professor of ocean and atmospheric sciences in Yale’s Faculty of Arts and Sciences (FAS), has conducted groundbreaking research on ocean dynamics around the world, including El Niño events — the warm phase of the El Niño Southern Oscillation that features unusually warm water in the Pacific. Fedorov and his research group conducted climate model simulations that look at ocean temperature proxies of the distant past, when global temperatures were several degrees warmer, as well as the present, to predict what might happen in a future, warmer world.

But over the years, some of Fedorov’s Yale colleagues — including climate scientists Pincelli Hull, Noah Planavsky, and the late Mark Pagani — wondered how consistent different ancient temperature data are and whether climate model simulations were accurately capturing the past climate state.

“We decided to test model predictions of major changes to the winds and currents driving El Niño by measuring something else, rather than temperature,” said Hull, assistant professor of Earth and Planetary Sciences in FAS and principal investigator for the new study. “We measured ocean acidity instead.”

The researchers focused on the equatorial Pacific during the Pliocene Epoch, 2.6 to 5.3 million years ago. The Pliocene was a warm period of Earth’s past that climate scientists often use as an analogue for today’s warming planet.

First, they found a much more acidic eastern equatorial Pacific during the Pliocene, compared to today.

Second, the new results matched climate model predictions from co-author Natalie Burls, a former Yale researcher who is now at George Mason University — due to a water circulation system in the Pacific that acted like a conveyor belt, bringing up to the surface deeper, older, more acidic water.

“Rather than being a few decades old as is found today, the upwelled water in the warm Pliocene travels thousands of miles from the North Pacific at depths of about 1,000 meters before finally upwelling in the eastern equatorial Pacific, making the water on the order of hundreds of years old,” Shankle said.

Third, the researchers found that the delivery of this older, acidic water required an “overturning circulation” — the ocean conveyor belt — that had previously been predicted by Burls and Fedorov.

“It was this remarkable confirmation of Natalie and Alexey’s model,” Hull said. “It means our current set of climate models are working pretty well. It gives us more confidence in the ability of models to predict large, regional changes in ocean and climate dynamics that really matter.”

The new information also suggests that ocean acidity can be a key measurement as climate models attempt to make projections for warmer conditions than those found today.

“This is a powerful way to test models and ideas about how the climate system works that is beyond our current technological capacity to assess on the basis of past temperature proxy estimates alone,” said Planavsky, an associate professor of Earth and Planetary Sciences in FAS.