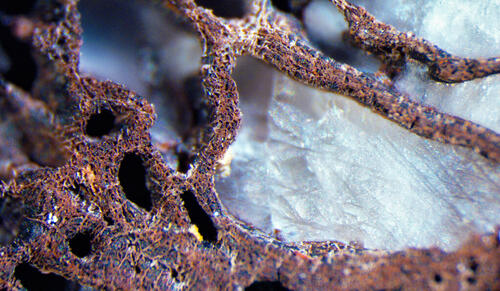 A Yale-led research team has turned up the heat on dinosaur metabolism — establishing that the earliest dinosaurs and pterosaurs had exceptionally high metabolic rates and were warm-blooded animals.

The findings, published May 25 in the journal Nature, also show that dinosaurs’ metabolism did not decide their fate after an asteroid strike wiped out most animal species on the planet 65 million years ago.

“While modern ecologists tend to emphasize the importance of metabolic rate to ensure that animals survive environmental perturbations, we showed that metabolism is not the reason why birds were the only group of dinosaurs to survive the mass extinction event at the end of the Cretaceous period,” said lead author Jasmina Wiemann, a former Yale paleontologist who is now at CalTech. “Many dinosaurs with metabolisms as efficient as those in modern birds went extinct.”

For the study, the researchers identified a new, molecular marker for metabolic stress that can be found in skeletal material in both modern animals and long-extinct species. The biomarker provides paleontologists with the first direct insights into the metabolism of ancient animals.

The metabolic rate reflects how much oxygen an animal breathes, relative to its body mass. As a by-product of oxygen respiration, excess heat is released — which determines whether an animal is warm-blooded and can maintain a constant body temperature or cold-blooded and depends on the outside temperature of their environment for survival.

“The interactions of animals and the role they play in an ecological community is reflected in their metabolic rate,” said senior author Derek Briggs, the G. Evelyn Hutchinson Professor of Earth and Planetary Sciences in the Yale Faculty of Arts and Sciences.

“In recent years, new research on dinosaurs has transformed their image, shifting the focus from slow, reptilian giants to agile predators, but the true metabolic and thermoregulatory capacities of dinosaurs are debated,” Briggs said.

While at Yale, Wiemann and her colleagues pioneered innovative methods for finding molecular biomarkers in skeletal material. The work has opened dramatic new avenues for understanding the physical, biological, and behavioral characteristics of long-extinct species.

For the study, the researchers analyzed more than 50 fossil and modern vertebrates from the collections of the Yale Peabody Museum of Natural History, including lizards, plesiosaurs, pterosaurs, dinosaurs, and birds. They used laser microspectroscopy, such as Raman and Fourier-transform infrared spectroscopy, which works by capturing signals of molecular metabolic stress markers in modern and fossil bones responding to the laser light — an approach that does not require specimen destruction and allows for the rapid analysis of large sample sets.

The analysis showed that many early dinosaurs had a metabolic rate comparable to that of modern birds.

However, the researchers did see a reduction over time in metabolic rates in all major groups of ornithischian dinosaurs, including Stegosaurus and Triceratops.

“Such low metabolic rates imply that these dinosaurs depended on behavioral thermoregulation, such as sun basking, and seasonal migration into warmer climates,” Wiemann said. “It seems that warm-bloodedness evolved multiple times independently, in mammals, in marine reptiles such as the plesiosaur, and in ornithodirans, the group that includes dinosaurs and pterosaurs.”

Wiemann said she and her colleagues are hopeful their new, biomolecular approach to analyzing fossils will aid paleontologists and zoologists alike. “Our goal is to provide a more complete picture of how animal physiology responded to past environmental and ecological change and contribute to the lessons of the past that will guide future strategies for biodiversity conservation in times of global climate change,” she said.

The research was funded, in part, by grants from the Yale Institute for Biospheric Studies and the Geological Society of America.