The view from a Nobel press conference 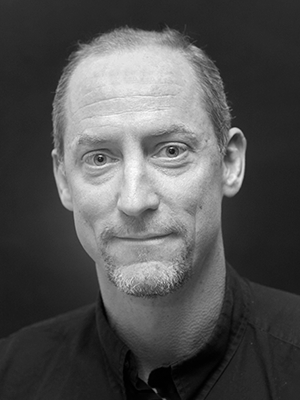 The Yale community saw a familiar face behind the podium at the Royal Swedish Academy of Sciences on Oct. 5, when the 2021 Nobel Prize for Physics was announced.

A global audience watched the press conference via livestream. For Wettlaufer, the day also included a presentation to academy members, a colloquium event, and questions from reporters around the world. John Wettlaufer, Yale’s A.M. Bateman Professor of Geophysics, Mathematics, and Physics — and a foreign member of the Royal Swedish Academy — gave the scientific presentation during the announcement naming Syukuro Manabe, Klaus Hasselmann, and Giorgio Parisi the 2021 laureates. Wettlaufer gave an overview of the new laureates’ groundbreaking research, which “laid the foundation of our knowledge of the Earth’s climate and how humanity influences it, as well as revolutionized the theory of disordered materials and random processes.”

Wettlaufer spoke with Yale News about his rarified vantage point for this storied scientific tradition.

Was this your first time being part of a Nobel press conference?

What did it feel like for you, being part of this long tradition of celebrating science?

It is certainly a great honor to have been involved in this. It is my first year on this committee and the depth of the responsibility evolved during the year, culminating with the day of the announcement.

What can you tell us about the preparations for your presentation?

It is of use to see the nature of the procedure. There is a committee chairperson and secretary. And there is a very long process that from June through September is, well, intense.

The discussion and the report are a serious process, and all in Swedish, which is my second language — and my prose is, well, underwhelming to my colleagues. However, that the language in my home is Swedish helps a great deal.

What was your itinerary of events that day?

Every year at the press conference there are three people at the podium: the Secretary General of the Academy, the chairman of the physics committee (this year it was Hans Hansson), and a third member of the committee who has a particular expertise in the fields being recognized by the prize. Thus, for obvious reasons, the person in my role is not revealed until the press conference begins.

First thing in the morning we reported to the entire academy and there was a discussion and a vote. Then we called the persons being awarded the prize. And then we made the announcement at the press conference (11:45 a.m. GMT). The members of the committee were then detailed to an array of press meetings and interviews (ending at 1:15 p.m.). I then gave a colloquium from the Nobel room in the academy to all the physics departments in Sweden (3 to 4 p.m.). Then we had follow ups with members of the press.

What was the most interesting question you got from a reporter?

How would you explain this to a 10-year-old?

The live announcement is followed worldwide. Did you hear from many friends, family, and colleagues afterwards?

Yes, many friends and colleagues from around the world. I received more than 100 emails from colleagues and friends, and a few from people explaining how we made a mistake and actually missed their contributions, which they were eager to explain.

How was the experience compared with your expectations?

Rather more intense. It is the world’s most visible prize for intellectual achievement and the Nobel Foundation and the KVA [Royal Swedish Academy of Sciences] take it as seriously as anything I have been involved in. The Nobel Foundation has a staff just for this event and they have a broad professional range of expertise.

Did you have a favorite moment from the day?

The response of the folks when they answered the phone. Truly wonderful.

What made the responses so memorable for you?

The utter shock, and in one case disbelief that it was real, followed by a slow crescendo of the realization and the impact. Of the three laureates this year in physics I really only know Giorgio Parisi, and perhaps it was not as unexpected for him to receive this call — but even he was clearly, truly overwhelmed with the news. It was wonderful to have a brief moment to talk to him before we moved on to the next call, given the time constraints.

After all, science is done by people, and such experiences as this are a joy to be a part of.