Why are cold slabs weak in the transition zone? 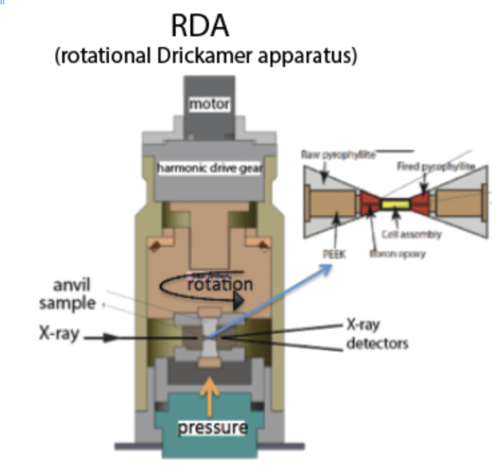 Seismic tomography shows evidence of intense deformation of subducted slabs in the mantle transition zone (~410-660 km depth). Evidence of deformation is particularly clear for old (and therefore cold) slabs. This is puzzling because cold materials are usually strong. In order to solve this paradox, we (mineral physics group at Yale) performed deformation experiments under the conditions equivalent to the mantle transition zone using the apparatus developed in our lab (RDA: Rotational Drickamer Apparatus). Deformation experiments were conducted during the olivine to ringwoodite transition. We found that newly formed ringwoodite at low temperatures has small grain-size and substantially weaker than host olivine and coarse-grained ringwoodite formed at high temperature conditions. The results are reported in a recent issue of Nature Geoscience (https://www.nature.com/articles/s41561-019-0523-3: this is a part of the Ph D thesis of Anwar Mohiuddin who now works for Intel in Oregon).