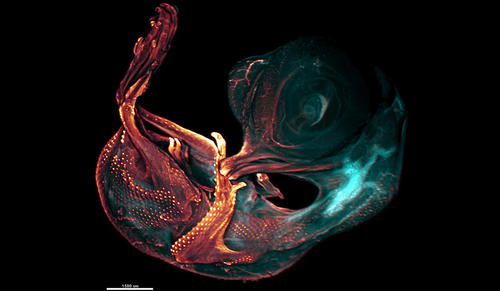 Two images produced by the lab of Yale paleontologist Bhart-Anjan Bhullar recently won awards — the latest in a series of awards the lab has won for its visualizations of biological processes in animals.

Bhullar is an assistant professor in the Department of Geology and Geophysics and assistant curator at the Yale Peabody Museum of Natural History.

The two new images won first and second place awards in a competition organized by the Node, a website for and by developmental biologists. The awards came in the “Vertebrate Variety Show” category of the competition and will be used in the Node’s upcoming calendar.